How to become smart?

How to become smart? 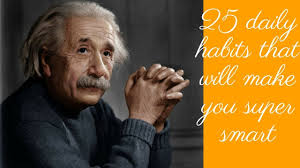